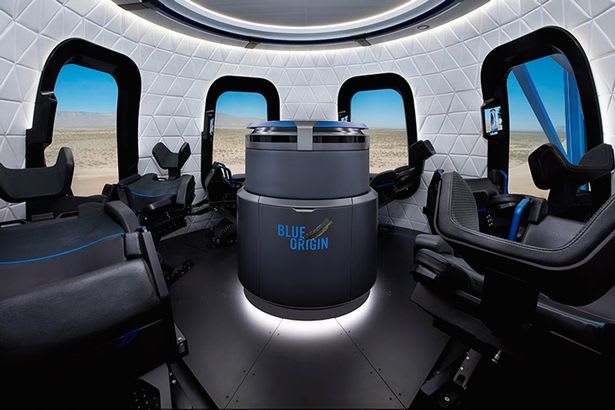 Jeff Bezos, the famous Amazon boss created a Space Rocket company – Blue Origin in the year 2000, just two years before Elon Musk’s SpaceX company started. Blue Origin in its early years wasn’t as open as it currently is hence little was known about its activities. In fact, it rarely gives information about projects or activities going on in it not until some great feat is achieved such as the successful return flight of its gumdrop-shaped test craft in 2006 and mishaps such as the crash of a test vehicle that leaked into the media and was acknowledged by Jeff.

According to Blue Origin’s website, its vision is ‘a future where millions of people are living and working in space’, this it will be able to do through its reusable rockets. Various test flights and landings have been carried out on this rocket with both payloads and dummies, but humans have only been inside during launch preparations and not through the flight duration.

It recently announced plans to start offering trips that are inclusive of non-astronauts to space on its rocket – New Shepard. This rocket was made to carry six people out into suborbital space just ‘past the Karman line – the internationally recognized boundary of space’ says the rocket page of the company’s website. The flight is expected to take around 11 minutes in which travelers will be subjected to zero-gravity after which it returns to earth on parachutes.

Flight ticket costs are currently unknown, but an announcement detailing this whole space tourism project is expected to come up on Tuesday, May 5 according to the countdown and information provided on the launch website.